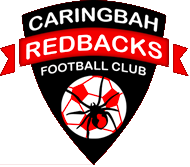 We have not had the start to the season we all wanted but on a brighter note, our pitch is holding up really well.

The SSFA, all clubs and volunteers have been working extremely hard to try to get as many games played as possible.

As we have had a lot of rounds postponed and moved, I have listed below the upcoming rounds and further important information for you.

Regrading decisions for Sunday competitions have now been finalised and clubs will be advised accordingly.

Regrades for Saturday competitions will now be moved back another week (still dependent upon the first four rounds being played).

An up-to-date list of ‘round by date’ for the entire season is available via the following link:
https://shirefootball.com.au/wp-content/uploads/2022/05/COMPETITION-DATES-2022-revised-23-May.pdf

Points of note are:

There are 30 games to be played as catch-up matches to finalise the round. The decision by the SSFA EC was that these matches should be played in an attempt to complete the entire round so those games that were played would not be void. These un-played matches will be drawn onto appropriate fields midweek in an attempt to complete all of these matches. Potentially it could take in excess of 5 weeks to do this. Once a midweek game is drawn there will be NO changes made. Inability to play said match as drawn will result in a forfeit (i.e. loss of 3-0) with no forfeit fee charged.

The EC will continue to make decisions to play matches on wet weekends (Saturday and Sunday) similar to the decisions made on Sunday 22nd May, that is, play matches at fields deemed playable by Clubs (and particularly MiniRoos). The EC reserves the right to abandon all matches on a Saturday or Sunday should this be deemed most appropriate. In the event that all games in a grade are unable to be played it is unlikely that those ‘not played’ matches will be redrawn. Therefore, the results of some of the matches that have been played will be void. Note that catch up matches will be/are problematic and will be considered on an exceptional basis.

Many thanks for all your continued support at our family friendly club.

Caringbah Redbacks Football club is a family friendly club based in North Caringbah. We were founded in 1960 and have a very proud history.
Our aim is to provide a safe, fun environment for children and adults of all ages, gender and ethnicity to enjoy playing football.